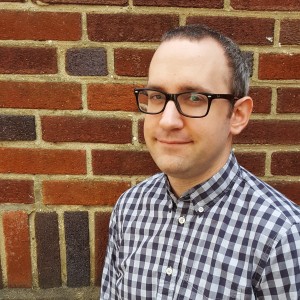 I’m Nat Levan. I started designing as Oakleaf Games in 2013.

I became interested in board games almost by coincidence. I had not played anything except Monopoly and Clue since I was young. Some day in late 2010, I happened to find Boardgamegeek.com through something else I was researching. That might have been the end of my boardgame story, except that within about a week, two different people told me that they were interested in boardgames and talked to me about the site. Coincidences like that are usually worth paying attention to.

Out shopping a short time later, I happened across a copy of Empire Builder, which became my first step into the world of boardgames. The friend I was with bought a copy of Settlers of Catan, which I had heard of, but didn’t know anything about.

The first game of Empire Builder lasted about 6 hours, and the player who left about halfway through ended up winning. But that didn’t discourage me from board games. In fact, later on, finding a way to speed up the game would become one of my first game design projects.

Catan had a big impact on me. I was introduced to the possibility that games could be so thought-provoking. At first, I wasn’t a big fan of the game (probably because I lost so many games). But then I started to understand that the initial setup and gameplay really have to work together. You aren’t just reacting to events as the game plays out, you actually change how the game plays.

The same friend bought Agricola, which also had a big impact on me. This is a game that is finely tuned and complex, like a jet engine. And the whole game depends on your choice of actions. After my first play, I kept thinking about it, trying to figure out how I could have done better. This also gave me the desire to create something that made others feel the same way.

In addition to getting my ideas into playable form, but I fhave found it useful to writing down my thoughts and experiences playing games. My goal is to explore the theory of game design while continuing work on practical game design. And because I think it’s worthwhile to spread and support the hobby as a whole, I occasionally write for Unpub.